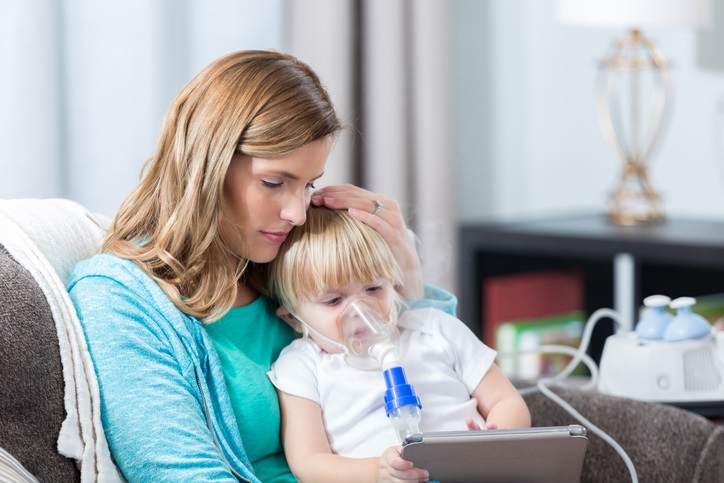 What is Cystic Fibrosis?

Cystic fibrosis (CF) is an inherited condition caused by mutations in the CFTR (cystic fibrosis transmembrane conductance regulator) gene located on the long arm of chromosome 7. The protein product of the CFTR gene facilitates the transport of ions across cellular membranes in different tissues. Although the gene was identified in 1989, cystic fibrosis was thought to be a recessively inherited condition as early as 1946. Much progress has been made in the knowledge, diagnosis, and management of CF in the last thirty years.

The clinical presentation of classic CF involves the respiratory, pancreatic, and male reproductive systems, among others. Unusually viscous mucus is secreted by the lungs, leading to eventual respiratory insufficiency. This environment in the lungs is also unfortunately ideal for bacteria overgrowth and infection. Pancreatic insufficiency is common, leading to poor weight gain and nutrition. Digestive enzymes may be taken prior to meals to increase nutritional absorption. Male infertility is caused by congenital bilateral absence of the vas deferens (CBAVD). Males affected with CBAVD may undergo sperm aspiration with in vitro fertilization to facilitate having biological children. There are also a number of other symptoms that may overlap with other etiologies including salty tasting skin, chronic sinusitis, nasal polyps, and liver disease.

CF is inherited in an autosomal recessive manner, meaning if both the mother and father are carriers, there is a 25% risk to have an affected child with each pregnancy. Carriers do not typically show symptoms of CF. Prior to the discovery of the CFTR gene, people did not know they were carriers until they had an affected child. There have been many advances in diagnostic testing, carrier screening, and newborn screening technology which increases the ability for physicians and genetics professionals to diagnose those affected and identify asymptomatic carriers.

Classic CF typically shows symptoms at birth or shortly thereafter. CF is also a part of Newborn Screening (NBS) in the United States. If CF is suspected, either by physical exam or positive NBS, a sweat chloride test is administered. A sweat sample is collected usually from the forearm using a special sweat stimulation procedure. A value of at least 60 mmol/L indicates a high likelihood of CF and it may be followed up with confirmatory genetic testing. Results of 29 mmol/L or less is in the normal range. For results that are equivocal (30-59 mmol/L), genetic testing and further evaluation may be performed. This is where genetic testing technology may play a critical role in diagnosis. panels that look for common mutations will pick up common variants. Sequencing technology has a higher detection rate and may pick up those with non-classic CF, also known as CFTR-related disorder. Those with CFTR-related disorder have a milder physical presentation and may be more difficult to diagnose upon exam. Genetic testing is important in the diagnosis of CF and is crucial for carrier screening.

CF was the first condition recommended for population carrier screening using DNA technology. Today, carrier screening for CF is recommended by multiple professional society guidelines. CF is present in all ethnicities; however, it is more common in certain ethnicities and rarer in others. It is most common in the Ashkenazi Jewish and White populations (~1/25 carrier frequency) and least common in the Asian population (1/94 carrier frequency).  The American College of Medical Genetics and Genomics (ACMG) recommended a core 23-mutation panel in 2004, which served as a guide for laboratories performing carrier screening. This was published at a time when DNA sequencing was cost-prohibitive for routine carrier screening. It is interesting to note the detection rate of the ACMG core 23 mutation panel for the CFTR gene follows the same trend as the carrier frequency: the higher the carrier frequency, the higher the detection rate. For example, the detection rate for the same 23 mutation panel is 94% for patients who are Ashkenazi Jewish and only 49% for patients who are Asian. Genotyping panels have increased in size since ACMG published their recommendations. Presently, it is common to include hundreds of mutations in a CF carrier screening test. Furthermore, the reduced cost in DNA sequencing over the last 20 years has facilitated the introduction of sequencing for carrier screening, which significantly increases the detection rate in ethnicities where the condition is less common. Indeed, there are over 2000 variants identified in the CFTR gene and that number will likely continue to rise.

Life expectancy for those affected with CF has risen dramatically in the last three decades, which is estimated to be 31-48 years. Historically, treatments have been symptom management including airway clearance, antibiotics to manage or prevent infection, prescribed digestive enzymes, and in some cases lung transplantation. Within the last few years, CF modulator therapies have become clinically available. These medications improve the structural changes in the CFTR protein product which ameliorates different symptoms. Examples of these medications are ivacaftor; lumacaftor/ivacaftor; tezacaftor/ivacaftor; elexacaftor/tezacaftor/ivacaftor. When physicians are prescribing these medications, it is important to know the genetic mutations of their patient. These medications are designed to compensate for specific protein changes in the ion channel; therefore, specific modulators are approved for certain mutations. For example, clinical trials have shown elexacaftor/tezacaftor/ivacaftor to be effective for those with at least one F508del mutation in the CFTR gene, which is the most common mutation for those with CF.

It is estimated there are 1000 new cases of CF annually. The family impact of this condition is tremendous. Fortunately, the implementation of NBS and offering routine carrier screening has increased the ability to diagnose people shortly after birth and identify asymptomatic carriers. CFTR-related disorder can be challenging to diagnose by physical exam alone. Genetic testing has also improved clinicians’ ability to identify patients with a milder presentation. Additionally, CF modulator therapies have increased the quality of life of those with specific mutations in the CFTR gene. Just as there has been tremendous progress in the testing and treatment of CF in the last 30 years, it is exciting to see what sort of improvements will happen in the next 30 years and beyond.