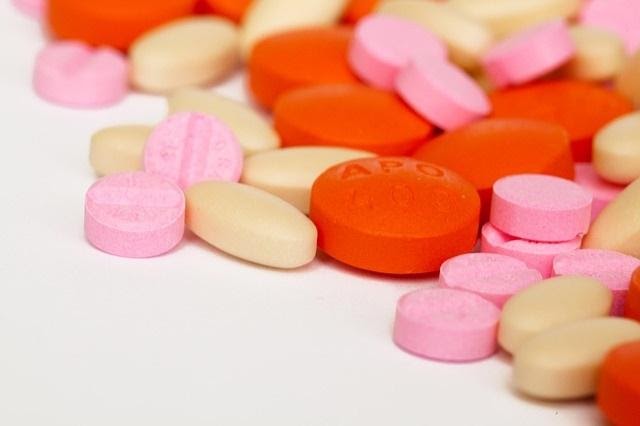 Chronic pain is more common than cancer, coronary artery disease, diabetes, and stroke combined, affecting an estimated 100 million people in the U.S. Unfortunately, many patients report that their chronic pain is not adequately managed.  A common type of medicine prescribed for pain management is an opioid. Opioids include hydrocodone, codeine, morphine, and oxycodone, among others. Heroin is another type of opioid. The U.S. has experienced an increase in drug abuse across many populations, including prescription medicines and illegal street drugs. Within the last few years, the opioid addiction crisis has gained the attention of the mainstream media. It is estimated about 20 percent of patients without a cancer diagnosis possess an opioid prescription to manage pain. Additionally, people in the U.S. are prescribed opioids at a greater rate per capita than any other nation in the world – providers wrote an astounding 191 million opioid prescriptions for pain management in 2017, according to the Centers for Disease Control.

While opioids and other prescription medications may assist patients with pain management, they may also be highly addictive. As many as one-third of patients who are prescribed opioids may not adhere to the dosage instructions, increasing the risk of addiction or illicit drug use. These patients may even abuse the medicine that was originally prescribed for pain management. Further complicating the issue is patients erroneously self-reporting their compliance (or non-compliance) to prescribed medication instructions and use/abuse of illegal street drugs. It is well-documented that the risk for opioid abuse has contributed to increases in prescription-related overdoses in the U.S.

Given the risk of these medications to be abused, and the confounders of unreliable patient self-reporting, physicians may utilize toxicology lab tests to manage their patients. Urine drug tests (UDTs) are recommended by the American Association for Clinical Chemistry (formerly known as the National Academy for Clinical Biochemistry) and other professional societies to determine patient compliance and to detect undisclosed substances and diversions. In 2003, the American Society of Addiction Medicine (ASAM) published a policy statement for drug testing as a component of addiction treatment and monitoring programs and in other clinical settings. This policy is summarized as:

Points #1 and #2 are directed primarily towards ordering providers, while points #3 and #4 are addressed primarily to payers. Expanding on these specific topics will illustrate the challenges involved in clinical practice and reimbursement.

While ASAM recommends testing should be within the best clinical judgement of the provider and should be medically appropriate, there is much room for the pendulum to swing towards over-testing with large expensive panels. There is no specific algorithm outlined in the ASAM policy statement or evidence-based publication approving of a particular drug testing protocol. A great amount of liberty could be taken ordering multiple drug tests with a large number of analytes (over-testing) and still be within the provider’s clinical judgement, thus complying with this policy statement. This paradigm is not sustainable to the private or public health insurance industry.

Drug testing of an individual typically occurs in a two-step process. The first step is presumptive testing. This is most often a broad screen with many analytes. It’s a qualitative test (usually an immunoassay) that checks for the presence or absence of a drug class. When a patient is first enrolled into a drug program, a physician may want to cast a wide net to screen for many different substances. The information from a positive or negative result may assist in patient management. Presumptive testing has limitations, including both false-positive and false-negative results. The second step is definitive or confirmatory drug testing, which may confirm a positive presumptive test but can also quantify the amount of a drug in a patient’s system. Confirmatory testing may not have clinical utility in a drug treatment program, as a qualitative result may provide adequate information for a provider to make clinical decisions.  However, it may be critical when testing for prescribed medicine, such as lithium, which is used to manage bipolar disorder and other mental health conditions.

Definitive or confirmatory testing may be expensive because of the technology required to perform these tests (such as gas chromatography and mass spectrometry). Presumptive testing may be billed for one instance, regardless of how many analytes are screened.  Definitive testing billing may change, depending on the number of analytes in the test.  One study reported the cost per specimen was $600 for definitive testing, while the cost of presumptive testing was $25. The cost of testing can multiply almost exponentially as the number of patients and the number of tests per patient increase. The cost may also vary among laboratories that perform these tests. Additionally, drug testing is an area where fraudulent billing practices of certain toxicology lab has led to enhanced regulatory oversight.

Even though ordering a large panel for a patient may be the fastest way for a provider to determine what, if any, medications or drugs a patient has been using, he or she may not consider the cost of such testing. Payers are imposing limits on the number and types of toxicology tests payed for in their insurance plans. The ASAM guideline states that payer reimbursement limits should not be arbitrarily restrictive or impede the provider’s clinical judgement.

Nevertheless, insurance companies may limit paying for these tests given the lack of evidence-based guidelines or studies available to guide clinicians and payers alike. Billing practices may also impact payers by limiting reimbursement for these tests. There is current evidence on the cost burden drug testing has upon the health care system, however, there is a need to perform additional studies that review testing algorithms and positive (or negative) health outcomes for patients. Physicians need to be cognizant of the cost of testing when managing their patients. The solution will likely involve payers, clinicians, and laboratories collaborating to determine the best model(s) to maximize patient care.