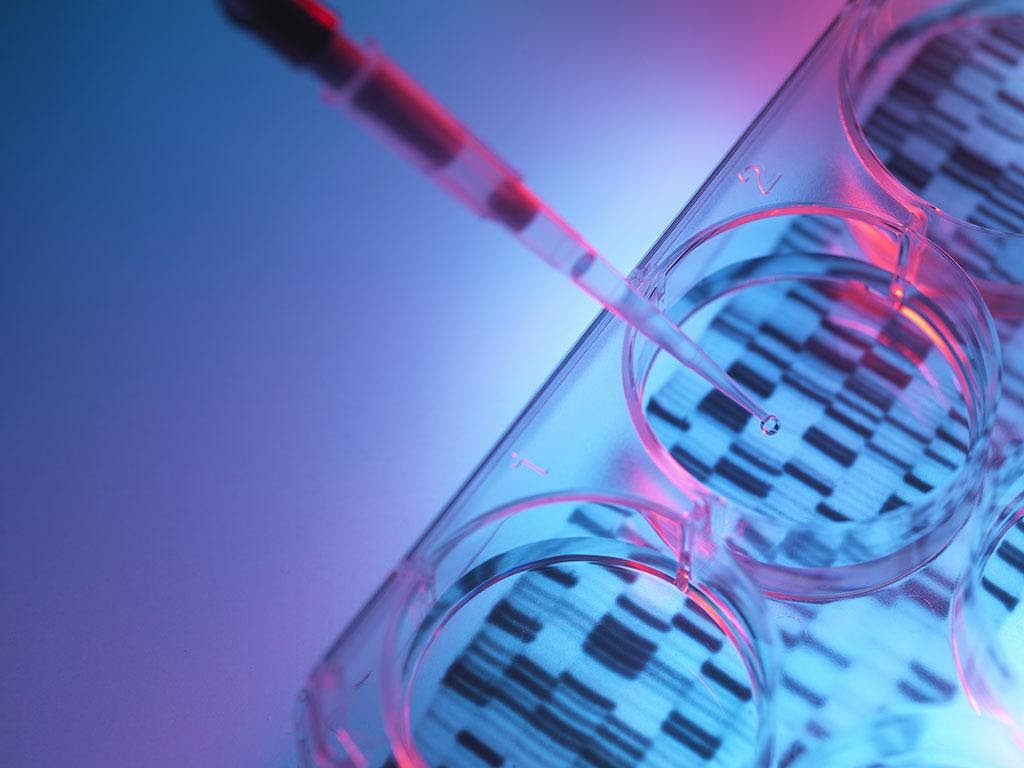 Physicians rely upon laboratory testing for clinical decision-making on a routine basis.  These tests may be as simple as an ABO blood group test or as complex as microarray. Genetic testing technology is rapidly changing and has expanded beyond the specialty of medical genetics and rare disease.1 For example, obstetricians and gynecologists (OBGYNs) order a number of genetic tests as a part of routine patient care. However, many OBGYN training programs have limited coursework in genetics/genomics concepts and techniques. One study reported out of 238 OBGYN residency programs, only 34 had medical genetics/genomics rotations included (14.3%).2 Even if a physician receives training, molecular technologies and techniques are evolving exponentially. It is estimated there are more than 75,000 genetic tests clinically available, with more than ten tests being launched for commercial use per day. These publications represent only one medical specialty; there are likely similar guidelines and practice recommendations from other professional medical societies.  The vast amount of information published regarding genetic testing makes it difficult, if not impossible, for clinicians to stay completely current. The lack of formal training in genetic/genomic concepts and techniques, coupled with the explosion of available technologies, can lead to inappropriate testing – contributing to increased medical costs.2

There are many genetic/genomic terms and concepts that should be understood by any clinician who is ordering these tests. The purpose of this article is to provide these definitions, which are used in CPT coding, to allow for more precise testing and reimbursement. Global concepts and specific molecular techniques will be defined and reviewed.

Gene – a DNA (DeoxyriboNucleic Acid) sequence that has a function.10 Genetic counselors commonly describe genes as providing the instructions our bodies need to grow and develop. Genes are made up of four bases: adenine, thymine, guanine, and cytosine (A, T, G, and C) and have a specific order. Changes in a gene may cause disease, or not.

Exon – protein-encoding region of a gene.

Genome – the entire sum total of an organism’s genes.

Exome – the entire sum total of an organism’s exons.

Chromosome – the structure in which DNA is packaged. Humans are supposed to have 23 pairs of chromosomes.11 X and Y chromosomes determine biological sex.  XX is female.  XY is male.

Mutation – a permanent change in a gene, such that the sequence is different from what is found in most people. Mutations can be as small as a single base change (point mutation) or as large as a chromosomal segment involving multiple genes.12

Single Nucleotide Polymorphism (SNP)13– heritable polymorphism (a mutation that occurs at a high frequency in a population) resulting from a single base pair change. SNPs generally have only two alleles.13

Gene deletion and chromosome deletion – the loss of all or a part of a gene. There may also be a change in the RNA and protein made from that gene. Certain gene deletions are found in cancer and in other genetic diseases and abnormalities.14 Deletions may also occur in parts of a chromosome, that may include many genes.15

Copy Number Variant (CNV) – a segment of DNA in which copy number differences have been found by comparison of two or more genomes. The segment may range from one kilobase to several megabases in size. The variation is usually due to deletion or duplication (see previous definitions).13

Trinucleotide repeat expansion13– An increased number of contiguous trinucleotide repeats (eg, CAG, CGG) in the DNA sequence from one generation to the next. When the expansion extends into the pathological range, this type of mutation causes diseases such as Huntington’s disease, fragile X syndrome, myotonic dystrophy, and many forms of spinocerebellar ataxia.13

Known familial variant – the mutation is identified in a family that is causing heritable disease.

Germline variant – a genetic change that is heritable and may be passed on to the next generation.

Somatic variant – a genetic change that is not heritable and is not at risk to be passed on to the next generation. This usually refers to tumor testing.

Karyotype – a laboratory technique that produces an image of an individual’s chromosomes. The karyotype is used to look for abnormal numbers or structures of chromosomes.16 This may identify somatic or germline chromosomal changes, depending on the tissue analyzed.18

Genotyping – a laboratory process in which an individual’s germline DNA is analyzed for specific nucleotides or bases to determine whether certain variants are present.17 Genotyping is searching for a specific set of known genetic changes that are usually somewhat common and identified in the literature. Compared to sequencing, genotyping may have a lower detection rate and cost.

Deletion/duplication analysis – a laboratory technique to detect partial deletions or duplications within a gene that may not be detected by sequencing.

Chromosomal microarray – an advanced laboratory technique using a microchip-based testing platform where patient DNA is compared to a “normal” control or reference specimen to detect copy number variants (CNVs) – deletions, duplications, and SNPs, depending on the platform.18

Next-generation sequencing (NGS) – also referred to as high-throughput sequencing, refers to new techniques that have increased the speed and decreased the cost of DNA sequencing by two orders of magnitude, enabling the sequencing of the entire genomes of many individuals.13 It allows for testing of multiple genes and variants simultaneously.

These terms, concepts, and laboratory techniques are common in most genetic testing laboratories. Many labs have genetic counselors available to assist clinicians in understanding lab results, limitations of the technology of specific tests, and what test may be appropriate for a particular clinical scenario. It is also important that patients understand when these tests may or may not be covered by insurance. While the definitions of these concepts listed in this article will not change, there may be new terms to add a year from now given the rapid pace of emerging genetic technologies. Physicians will likely find that continuing education in genetic terminology and techniques will occur throughout their entire career.